If you thought somebody murdered your best friend would you be determined to find out what happened – at all costs?

The House Party by Mary Grand

At the intimate house-warming party for her glorious ‘grand design’, Kathleen confides in her best friend Beth that she is terrified of one of their close friends, but daren’t reveal which one. The guests are a tight-knit group, but Kathleen is convinced one of them is dangerous.

The next day Kathleen’s body is found at the foot of a cliff and Beth must face the sickening truth that she may have been killed by one of their trusted friends. With little help from the police, Beth decides to seek answers.

All the friends have secrets they are desperate to hide, but only one of them is ready to kill to keep theirs safe…

The House Party is set on the Isle of Wight – insular, claustrophobic, and with nowhere to run. 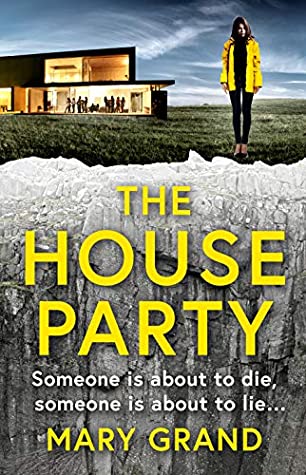 The House Party was an interesting one for me as it was not what I expected. For one, I was expecting a murder mystery that more or less all takes place at a house party. However, the house party is actually a very minute detail at the beginning of the book. My expectations based on the name and blurb also led me to believe I would be dealing with a bunch of 20-somethings. As a matter of fact, the majority of the characters are late 40s+. This was not a bad surprise though; it just made for a different type of reading.

What I had more of an issue with was that the characters weren’t very developed, besides Beth, who I really felt went on a journey throughout the book. It was hard not to like Beth. She was an ordinary person and a good friend. Lord knows some of the other characters didn’t deserve her friendship. I didn’t appreciate how cruel they could be to her when she was clearly distraught about the death of Kathleen. I guess that’s what happens when you have secrets to hide that could easily put you in the frame as the killer.

The House Party is more of a classic mystery, meaning it is slower-paced than more modern mysteries. I read some other reviews that had an issue with this but I didn’t mind. I found it to be well-written and plotted with enough drama to keep me interested. The author did a good job of having suspicion fall on each character at different points in the book, but not in an obvious red herring kind of way.

Readers who like stories that have a Judas in a seemingly tight-knitted friendship will appreciate The House Party.

The House Party by Mary Grand is available to buy now.