Hello! I’ve been enjoying sharing these book extracts and have another one for you today!

Mother and Child by Sunday Times bestseller Annie Murray is a moving story of loss, friendship and hope over two generations . . .

Jo and Ian’s marriage is hanging by a thread. One night almost two years ago, their only child, Paul, died in an accident that should never have happened. They have recently moved to a new area of Birmingham, to be near Ian’s mother Dorrie who is increasingly frail. As Jo spends more time with her mother-in-law, she suspects Dorrie wants to unburden herself of a secret that has cast a long shadow over her family.

Haunted by the death of her son, Jo catches a glimpse of a young boy in a magazine who resembles Paul. Reading the article, she learns of a tragedy in India . . . But it moves her so deeply, she is inspired to embark on a trip where she will learn about unimaginable pain and suffering.

As Jo learns more, she is determined to do her own small bit to help. With the help of new friends, Jo learns that from loss and grief, there is hope and healing in her future. 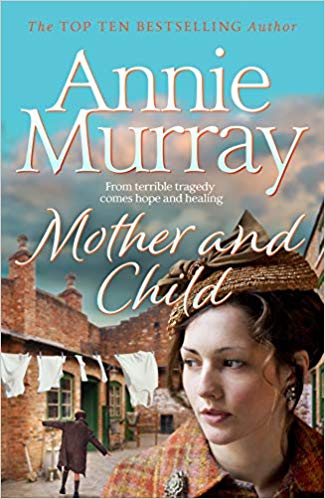 Breakfast,’ I murmur to myself. ‘Eat.’ I am trying to think of my body as someone else’s, an objective thing that I have to look after, like a pet tortoise. My phone goes off as the smell of toast is drifting through the kitchen. Ange, the screen says. God, when did I last speak to Ange?

‘Jo? How’s it going?’ She sounds really, really nervous. Dear old Ange, so perky and kind, so distant now, someone from a completely different life – my different life. I suppose it’s my fault, but that’s how it feels. ‘Oh, fine.’ I wander into the living room. It’s all one room knocked through, light streaming in at each end. Feeling the pile of the carpet under my toes, I realize I haven’t put any shoes on or even socks. ‘Did you know we’ve moved?’

Of course she doesn’t know. ‘Oh?’ Startled. ‘Have you? Where to?’ ‘Hollywood.’= ‘Hollywood? What – you mean, America? Film stars?’ ‘You know, near Wythall, down near Ian’s mom. Seemed a good idea. We only got here yesterday.’ Does my voice sound normal? I can’t tell any more. I’m trying to sound light and cheerful – heaven knows what I actually sound like. Probably shrill and a bit crazy. ‘Just getting settled in. I’m going to see Dorrie in a bit.’ ‘Good for you.’ Ange sounds awkward and not really like herself either. I’ve become one of those people who others are not sure how to talk to or what they can say.

Say the right thing. ‘You’ll have to come over.’ It would be great to see Ange, wouldn’t it? To have a friend, a life. I can’t remember when I last saw her – has she deserted me or was it me who did the damage? ‘Yeah,’ she says. I hear a small sound, her dragging on a cigarette. ‘Yeah – hey, I’ll be over to see you soon, chicky.’ I leave it a beat. ‘Who says chicky?’ Ange lets out a relieved snort of laughter. ‘Soon, yeah?’ Nothing definite then. She’s cautious, hurt, I think. A tiny window must be opening in me if I even realize now, how I’ve shut everyone out.