*Trigger Warning* This book deals with anorexia and bulimia.

Not Me by Marianne Dissard

Equally so her first book, Not Me, an impish and poetic exploration of trauma and the life of a touring musician, praised by three of Dissard’s favorite authors, Mitch Cullin (Tideland), Chris Rush (The Light Years) and Andrew Smith (Moondust).

A courageous book of unflinching compassion, Not Me is available from October 15th, 2019 as paperback (first edition is high quality-printed by CPI Antony Rowe UK), audiobook (read by the author) and eBook, with a cover design by noted British designer Jamie Keenan.

A vivid inner record of universal interest, Dissard’s ‘often improbably funny memoir’ (Andrew Smith), ‘not just painfully but viscerally, brutally honest’ (producer John Parish), will speak to anyone who has ever struggled to maintain physical and psychological well-being.

For years, Dissard orchestrated her public life as a performer around her private disordered world. In 2013, at the end of her rope, she flees her hometown of Tucson, Arizona to seek solace back in Europe, a continent she’d left at age sixteen. In Paris, Dissard latches on to an intensive yoga teacher training to turn her life around.

‘Of course, I was scared when I realized I would be speaking my truth after decades of keeping it freakishly hidden or, at best, cryptically whispered in my song lyrics—in French for more opacity’, says Dissard.

Not Me is the account of a year spent away from the stage in an attempt to reboot a life plagued by eating disorders. Invited to teach, Dissard grabs the chance to learn. Focusing on her students, opening up to friendship, she gradually finds her way back to health and connections… and a wooden boat in England.

‘I kept a journal of what I desperately needed to be a momentous year. These entries would form the basis of a book about my life, all these years I wasted in exile from myself. I don’t prettify my truth. You have to face the music at some point.’ 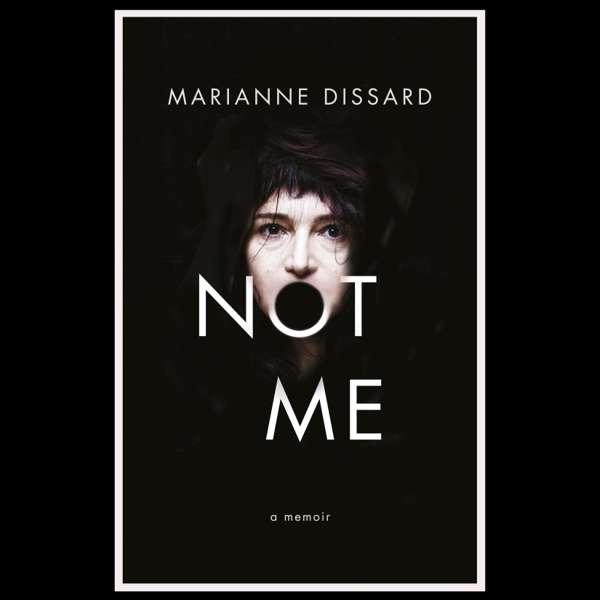 Wow. What a book. I had no idea who Marianne was before Not Me but I’m sure I will never forget her. Not just because of the hardship she went though but the beautifully poetic prose she shared with me via this book.

Not Me is a deeply personal book – and I felt it. Never before have I gotten such an insight into the trauma one person has felt. The lack of love Marianne feels and her despair in doctor’s saying she is beyond help is heartbreaking. But this book is not all full of woe. There is light as Marianne progresses to a better life, fuelled by her love of and commitment to yoga.

However, the most important theme in this book is bulimia. While we are better acquainted with bulimia these days, I feel many of is are still lacking important knowledge of it, more precisely, just how harmful it is. Of course, I knew about the weight loss and periods stopping, but I wasn’t aware of the broken blood vessels from puking or the disintegration of the nails due to the bile that is thrown up. I’m not ashamed to say that it shook me to the core.

On a wider scale, Not Me also deals with mental health on the whole, and the increase in numbers in those working in the arts who suffer from depression and/or anxiety. A 2014 survey published by Help Musicians, the leading independent UK music charity, found that 60% of musicians had struggled with their mental health, compared to 25% in the UK as a whole.

I cannot get this book out of my head. Thank you Marianne for sharing your story with the world. I’m sure it will help many people.