It’s been a while since I had an author interview on Joyful Antidotes but I am back with a bang with the talented Theresa Braun. Theresa writes the most wonderful short stories. You may remember her from my past reviews of Dead Over Heels and Hardened Hearts. If you haven’t picked up a copy of her stories by now, you certainly will after this post! 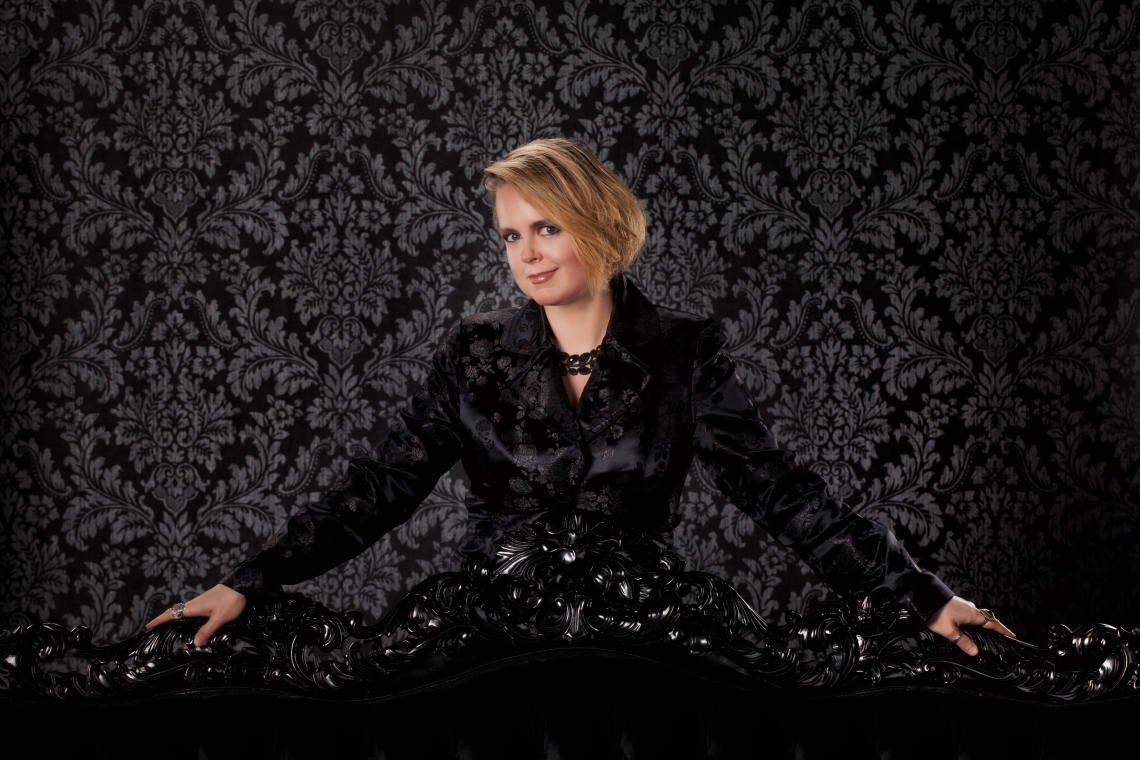 Hi Theresa! Tell us a bit about yourself.
That’s always a tough question. What to say? Well, I’m originally from the Midwest but currently reside in South Florida. My super power is teaching writing and literature to both high school and college students. In my off time, I love traveling and getting lost in haunted places. Pretty much anything supernatural or dark attracts my attention. I read as much as I can without going blind. And I love conspiring with people on how to make the world a better place. When I’m not doing those things, I’m usually curled up with my two cats looking for something binge-worthy on Netflix.

Your new story, Heirloom, in the Hardened Hearts collection, can you give us a general idea of the concept ?
Heirloom contains several elements that interest me. Past lives and how they might affect our present existence is something I think a lot about. And then there’s also the idea that we are constantly evolving and often change to fit the circumstances and dynamics around us. On top of that is this interconnectedness we have with others. I wanted to explore those things, as well as the complexities of empowerment. What does it mean to have power in a given situation, or over another person? Does that trump other qualities such as emotional intelligence or empathy? That’s what I set up for my main character, who’s a therapist. Enter a magic mirror (because the supernatural is always fun) that sends her into the past. Add a difficult client who not only threatens her in present day, but also has a role in the past. How does it all play out? Well, that’s the story.

What are the other stories like in the collection?
There are some really amazing stories in Hardened Hearts — that are all so very different. That’s what I really appreciate about this anthology. Some are what you’d expect from a horror collection, and others are more science fiction or fantasy. It’s really a fantastic blend of genres, all stories having some kind of speculative fiction element.

I read that you have gone ghost hunting in the past! What is the scariest encounter you have experienced?
Ghost hunting is always a must-do when I travel anywhere. However, the scariest experiences I’ve had were in a haunted house in Minnesota where I lived with my family. I had vivid nightmares of the place for years after we moved out. Every once in a while at family dinners we look back at some of the photos with strange ghostly anomalies in them. In that house, there was always a sense of being watched when there wasn’t anyone around. Objects would disappear and reappear. We’d hear strange
noises and see things out of the corner of our eyes. One of the rooms was a guest room that no one could spend the night in. They’d get all tucked into bed, only to have to go sleep on the couch in another room before the night was over. And, not everyone wanted to talk about what it was that made them unable to sleep there. That house has given me tons of paranormal inspiration. And still does to this day.

Have any personal experiences inspired any of your stories?
Most definitely. There’s a thread of personal experience in all of my work. Dead Over Heels, for example, has a lot of material from my online dating days. It’s also set in a restaurant in Ft. Lauderdale that’s reportedly haunted. And, Dying for an Invitation came out of a trip to Transylvania a couple of years ago. We went to Iulia Hasdeu Castle and I spent some time in the ‘spirit room’ where the parents would contact their dead daughter. Apparently they spent much of their lives talking with her on the other side. Knowing that was one thing, but I can say that I actually sensed something special about
that place. It wasn’t a spooky feeling, which was strange to me. Now, granted we were there in broad daylight, so things might have been different at night with all the lights out. Nonetheless, I used what I felt and the ideas that came to me when I was there. That, and the vampire lore that seems to be so embedded in the atmosphere in Romania had a profound effect on me. The combination of those elements was how Dying for an Invitation came to be. I really enjoyed writing it.

What do you think of the horror genre how it stands today?
I love what’s happening to the horror genre today. Writers are taking the tropes and playing around with them, creating new points of views and new things to be afraid of. I think that social issues and technology are inspiring lots of thought among authors. The imagination is taking on ideas that are constantly evolving as we speak. However, there will always those classic things that scare us like haunted locations and demonic possession. I don’t see those ever going away.

I haven’t had the pleasure to read any of your romantic stories. Would I find something very different to what you write in the horror genre?
I am by no means a traditional romantic author, so whatever I have written has had some kind of dark undertone to it. That’s not to say that there are no happy endings in my stories, or that I’ll never cross over into other genres. I try not to focus on those things. I just tell the story that needs to be told. But, I’d like to write some pieces that lean more toward science fiction. Dystopias really interest me. In terms of romance, though, I think that my stories will always have a focus on relationships, and sometimes those will be romantic in nature. Secretly, I’m a romantic at heart. Just don’t tell anyone I said that.

Can you tell us a bit about becoming a short story author in comparison to publishing novels, an area people seem to be more familiar with?
Writing short stories allows you to experiment with various different characters and settings, while writing a novel requires that you stick to the same set of characters and situation for a longer haul. Both have their positives and negatives. The publishing process is also quite different when it comes to short stories. There are lots of things to keep in mind. You’ve got to do your homework on all the publications and decide if you are right for them, but also if they’re right for you. It really helps to subscribe to the
magazines and places you want to submit to. Plus, your support also helps keep them afloat. Lots of publications point that out, since you can’t submit to a place that closes due to lack of readership. Networking with other writers and with editors is also important for countless reasons. For example, lots of times another author will tell you of a submission call you hadn’t heard of or they might recommend that your style fits a certain magazine. It’s a lot of fun to build up writing credentials, while also getting to know new people in the writing community. Often, I’ve bonded with others who have
also been in the same collection. I’ve really enjoyed that.

Before we wrap up, what is next from Theresa Braun?
I have a few short stories that are looking for homes, so you’ll be seeing those hopefully over the next year or so. In the meantime, I’m ready to start working on some longer projects. My goal is to finish a novel with a supernatural theme (it’s in the works already), and I have a couple of other ideas simmering in the back of my mind to look into after that’s finished. We’ll see if I become more of a novel writer as opposed to short story writer in the near future. If I had to predict anything it’s that I’ll continue to mix it up. Besides, a story will be told in whatever length it needs. Sometimes we don’t know what that’s going to be until we sit down at that computer and type it all out. Life and writing are full of surprises.

Thank you Theresa for your time! If you have fallen in love with Theresa as much as I have, you can pick up a copy of the stories mentioned, and more, here. 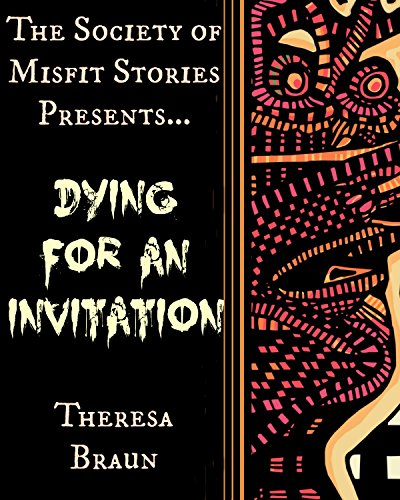