To the dystopian fans reading, I have a real treat for you today. This is a unique story of a society which will chill you right to the bone.

IVON by Michael Aylwin is a futuristic novel centred around sports in Perpetual Era London, except sport doesn’t have the same meaning in 2144 as it does today. In 2144, the world is powered by sport and each person’s class is determined by how well they perform sport. You see, energy in the Perpetual Era is generated via sport and, emm, coitus. Once a person can no longer contribute efficiently to society they are placed in stasis at an age predetermined by that class.

Then there is Wales, or the Lapsed Era, where life continues as it is now. People in Wales are happy expect for sportsman Ivon who jumps at the chance of becoming an elite player in London. But what happens when Ivon discovers they have a very different way of playing sport in London?

What I loved about this book was how unique and different the world Aylwin created was in comparison to any other I have encountered. It was so out there and crazy, but at the same time it was creepy and left a strange feeling that maybe such a society could one day prosper. I think Aylwin achieved this in two ways. First with his writing style. It was a very simple style, which made the story easy to follow. In my experience, some dystopian writers go a bit overboard for the average reader. They come up with so many complex elements that it is not long before the reader gets lost.

Secondly, there were many elements of the story which were somewhat accurate portrayals of today’s world. Take for instance the strong importance put on a person’s appearance or how people are disposed of when they are deemed too old or not useful anymore. Throw in London’s ability to give a person a best-before date and the power to dispose of them and we have equal measures of fear for what the world is today – and how much worse it can become, especially when individuality becomes a taboo subject.

Although I didn’t really hit it off with any of the characters they are certainly worth mentioning. If I had to pick one as a favourite, it would have to be Dusty for it was through him that I really saw the contrast of the two words. When Dusty, a model citizen up to the point of the story, begins to become disillusioned with the Perpetual Era, we see the strains the ‘perfect society’ can have on people. We see this with Ivon too but from another perspective, someone coming from the Lapsed Era to the Perpetual Era. Equally interesting stories but personally I preferred that of Dusty. The book might be called IVON but for me, it was very much Dusty’s story. Then, we have Alanis, the perfect Perpetual Era citizen. Alanis just creeped me out. She was weird and robotic like and the way she spoke and thought was somewhat disturbing. No doubt this was the aim of Alanis, a means to highlight just how strange and controlled London is.

Overall, I liked this book. At one point I began to think it wasn’t for me and while admittedly I will never call it my favourite book, it got my mind thinking and it evoked emotion in me, all the signs of a good book if you ask me. 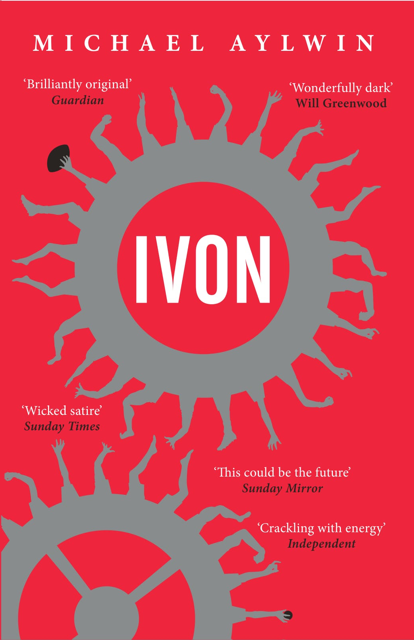