I’ve been a fan of Katarina West ever since I reviewed Witchcraft Couture way back when. So, when I was approached to give my thoughts on The Thousand Tiny Miracles of Living Twice, refusing was never going to be an option.

The Thousand Tiny Miracles of Living Twice tells the story of Irene Nylander, a frumpy Finnish woman who is ignored by her husband and constantly undermined by her mother-in-law, who she has given up everything to take care of. On her 50th birthday, Irene finds out her husband is having an affair and, absolutely distraught, she decides she wants to die. Prank-loving angel Aaron hears these thoughts and decides that Irene will swap bodies with Hollywood superstar, Mimi Kavanough.

Ok, I know what you are thinking. The body swap story has been overdone and yes, I would agree. But I think West takes a new angle in this book with the intervention of angels. So, the book tells the story of three people instead of two: Irene, Mimi and Aaron. And that makes it all the more interesting.

Aaron is the instigator of the body swap and so the story needs him, even if he wasn’t my favourite character. It was Irene who was my favourite character and I was cheering her on from the very first page. Immediately, I felt sympathy for her and I knew almost instantly I was going to like her. She brought an intense start to the book but that didn’t turn me off. I liked that she made me feel emotional, and, later on, she also brings some very warm moments to the story.

Mimi, on the other hand, is not likeable at all, staying true to the role of celebrity spoiled brat throughout. But she was needed to balance Irene and I think West used this relationship of sorts to come to a good conclusion for both characters (although there will be a second book, so the story is not finished yet!).

Overall, I liked this book. I was eager to find out what was going to happen next, just as eager as I am to read the next book. Even more so, I like West as a writer and I am happy to be on her creative journey as each book is better than the last. Pick this up for your next weekend read – it will leave you with a smile on your face. 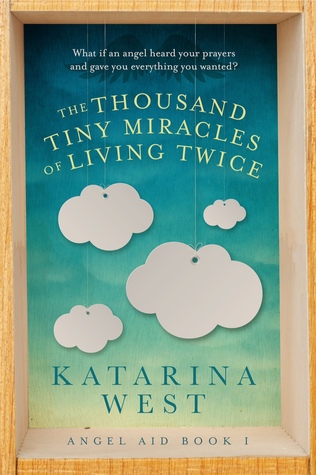