You know what? I am really getting into sci-fi/dystopian type novels. I would never have thought it but the more I read the more I like. And this one was pretty unique.

Blood Master: Book 1 of The G.O.D.s Series by Kirsten Campbell is set in 2052 when 2/3 of the world’s population has been wiped out by the Great War, the Clover Virus and the Death Plague. The only person to have survived the plague and the only living albino left is Griffin, who begins his story in hiding from the Guild Faction but ends up living at the Brotherhood Fortress after rescuing Tassata from the Guild. The Guild believes Griffin will transform into a G.O.D., a Genetically-enhanced Omni-Dimensional being and are currently tracking him. But is all as it seems?

I want to jump in immediately to rave about Campbell and her writing style. What an imagination this woman must have! She has created this whole, fascinating world which is hard to do, especially in a book of 449 pages. Yet, she manages to draw the reader in with her simple yet descriptive language. Naturally, in a genre of this kind, there is some scientific language at play, whether real or make-believe. This book has a lot of it but it didn’t go over my head. I felt like I understood the explanations without really having to try.

The book has some strong characters but most certainly it is Griffin and Tassata who lead the way. I admired Tassata more as she was a strong female character, the first female in the Brotherhood on her way to becoming a Guardian. I also liked the relationship between Griffin and Tassata, although I must say it did become cheesy at times. Lerin, grandfather to Tassata and leader of the Brotherhood, was also interesting. I’m looking forward to learning more about him as there was indication there are some hidden depths to him.

One issue I had with this book was that it was a bit drawn out. Some reviews I have read stated that it is the first half that drags, but for me, it was the second. I think this was because it read almost like a prequel. It was Griffin’s story about he came to be at the fortress and I feel I could have read that after at least book two (which is currently on my to-read list) or beyond.

Overall, this was a nice read and I won’t hesitate in picking up the next book. Let’s say I have to. I need to find out what happens to Griffin. Something tells me life at the fortress won’t be all plain sailing.

I received a copy of this book in exchange for an honest review. 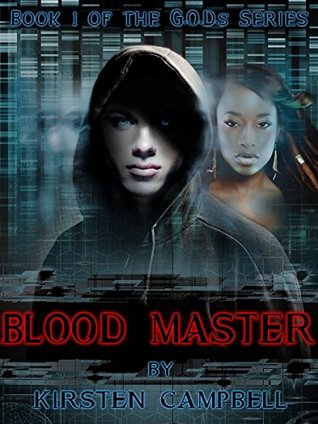