Last Saturday, I popped by to see ‘The Mall of Berlin’ which had opened just a few days earlier on Leipziger Platz. With over 100,000 square meters and 270 stores, it was a shopaholic’s dream and I just had to get my self down there.

I went with the intentions of having a quick look and spending money if necessary (i.e. if there was some clothing and/or make-up items I just had to have). While some of you may be anticipating a haul in this posts, I am sad to say that I was actually quite disappointed with the place.

The shopping centre was huge, that is for sure, but for me it was just a repeat of the same stores which can already be found in Berlin. I was really hoping that some new brand would use the publicity to open up in Berlin, or at least an existing brand would take some of the space as a flagship store. Regarding the stores that did open there, I felt that they are definitely aimed more at a middle-class and middle-age group – my limited budget will certainly exclude me from shopping there. The stores that usually do interest me, like H&M, Berskha, etc., stocked clothing aimed at a slightly older age group than me. For these reasons it is unlikely that I will shop there in the future.

One thing that was appealing to me was the food court. Instead of being overrun by McDonalds, Subway and ‘currywurst’, it offered a much larger selection which included places with fresh wraps, Greek pita breads and ‘flammkuchen’. There was also some actual restaurants in the building which look worth a try.

If you find yourself in Berlin on a rainy day, it is certainly worth at least a walk through. It is near to Potsdamer Platz and the Berlin Wall so you will most likely find yourself in the area. In fact, it even has its own historic elemant which I just found out today: it was once the Wertheim department store which was prewar Europe’s biggest shopping site until the Nazis seized the property.

Below I have inserted some pictures of ‘The Mall of Berlin’. If you do happen to stop by there, drop me a comment below with your thoughts.

*This is not a sponsored post. I just like to check out new shops which open in Berlin. 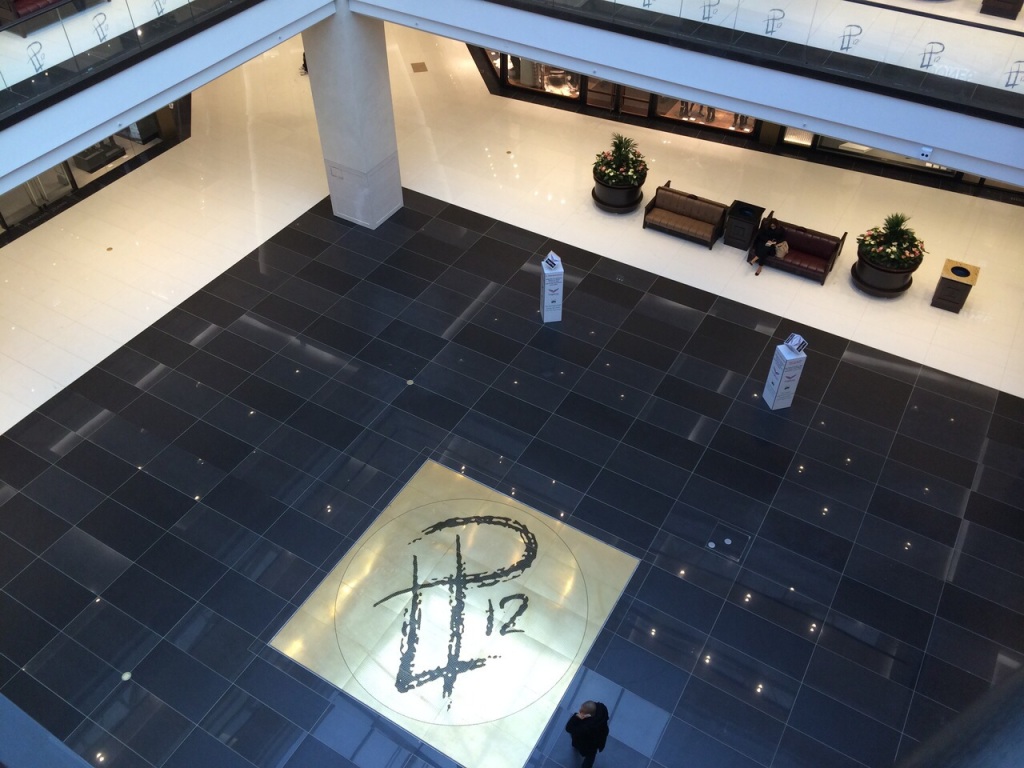 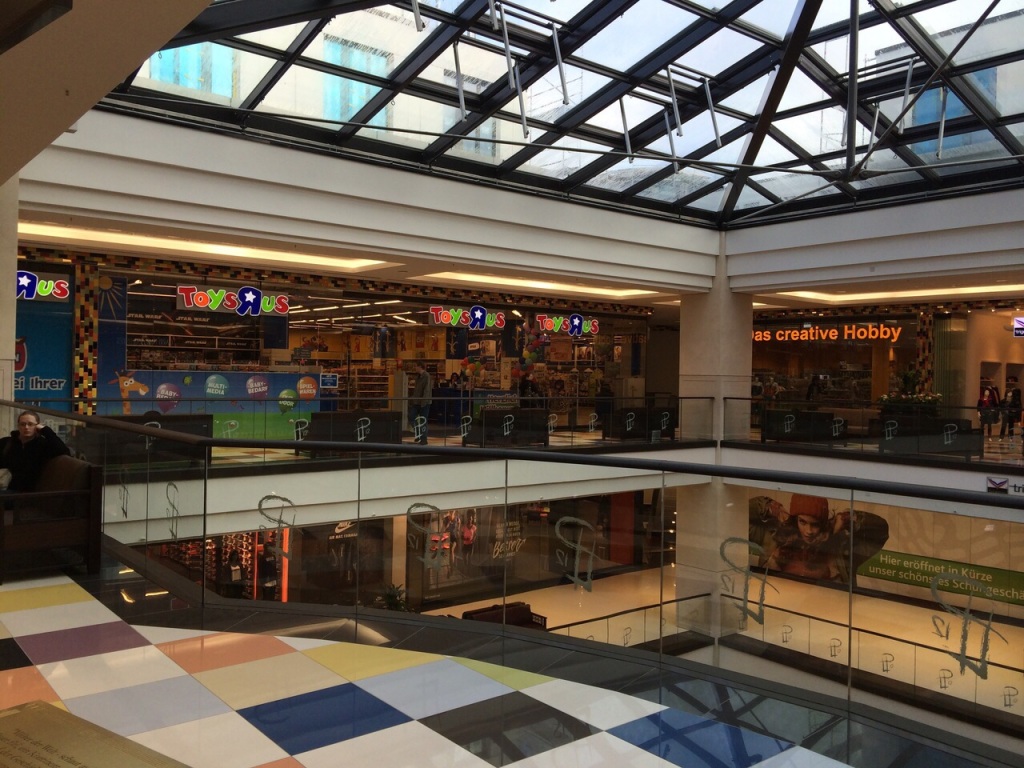 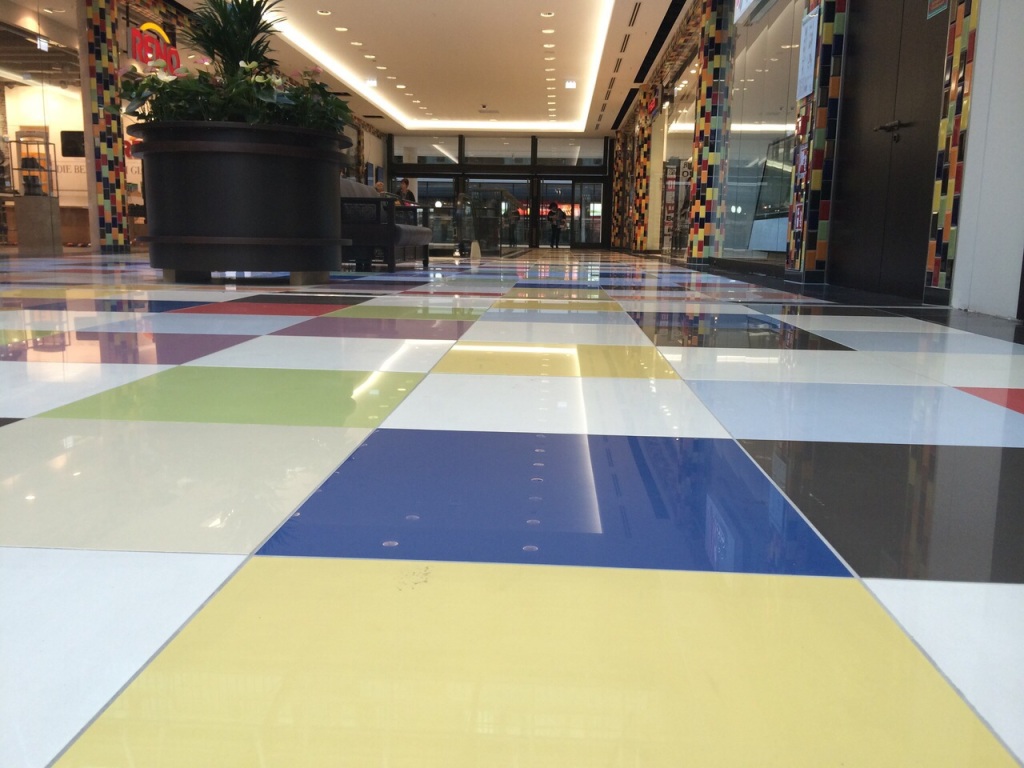 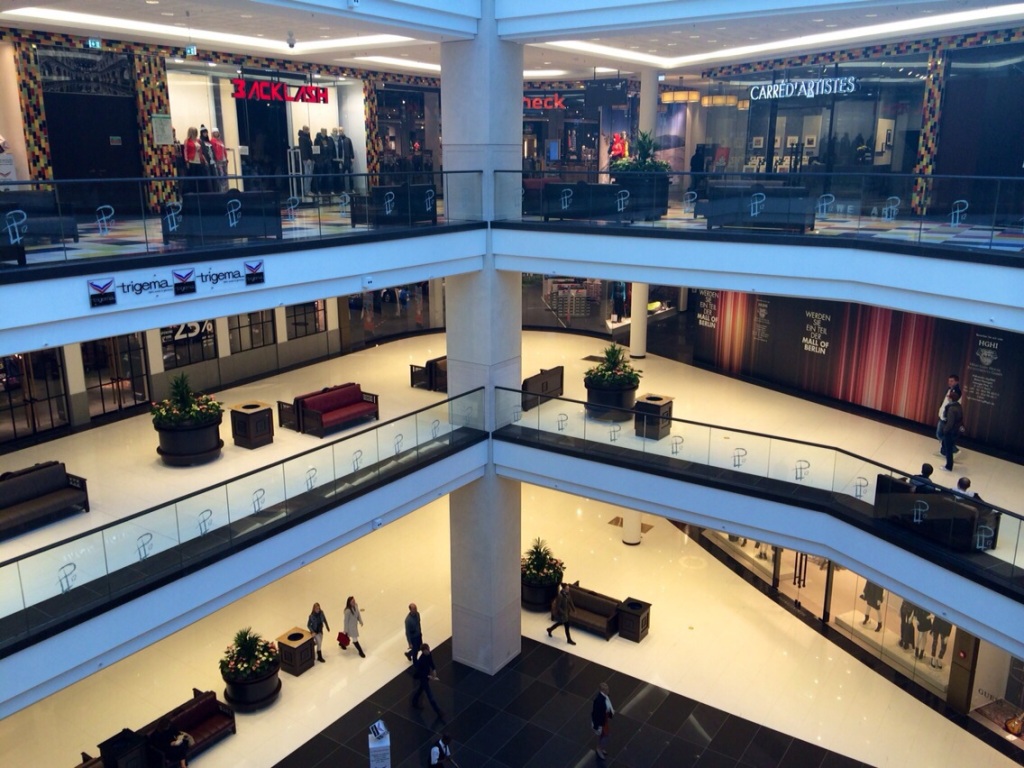