Anybody who knows me well will be very aware of the fact that I am not any way inclined a sporty person. I don’t even really like to watch sport so needless to say the excitement of the Olympics was destined to pass me by.

As I live in Berlin, all my television channels are broadcast through German (how dare they). As I don’t speak German, this leaves my viewing choices very limited with BBC World news for drama and CNN for comedy.

Looking for something to watch which was out of my comfort zone, I found myself these last weeks’ venturing towards the ‘horror’ channel, Eurosport. What I really intended to go there for was to watch the opening ceremony of the Olympics for all those delightful music artists who would be performing, but I found myself instead actually enjoying the biggest sports competition in the world.

So what was it that I, a sportsaphobic, got me enjoying the Olympics? 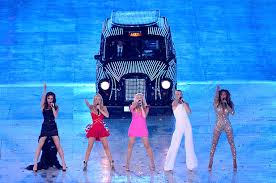