The weather is crazy here in Berlin at the moment! I am waking up to snow and -15 weather most mornings. There are no clothes in the world which can keep the sharp cold from slicing at my peachy skin. What is good about the weather though is the excuse it gives me to stay snuggled on the couch at home with a duvet and copious amounts of food and films. 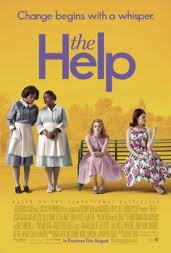 On Sunday while sifting through films, following a catch up of recent episodes of Glee, I came across The Help which I have wanted to see for ages. It was an absolutely amazing film. For those who haven’t seen it or read the book, it tells the story of a young aspiring writer in Jackson, Mississippi, who writes the stories of two black maids working for white families. I won’t relate anymore of the plot and neither will I write a review. What I would like to discuss instead here is how I felt having watched the film.

Sad, angry, pitiful, disgust, the list of feelings could go on. I thought ‘how lucky am I to live in a world where such problems have been overcome’ and I guess this is true in the specific case referred to in the film, slavery in the Southern states of America. However, the more I thought about slavery the more I realized that nowadays it is as rampant as it was in 1960’s United States.

I don’t know why it is but to me it seems as if people are turning a blind eye, or perhaps because it is not happening right on their doorsteps it is resting under their radar. What we need to realize though that it is still happening and is getting worse.

The slaves of today do not have Malcom X or Martin Luther King fighting their cause. Maybe this is because most of today’s slaves are not targeted on a racial basis, or perhaps this is because we cannot actively see people being bought and sold. Today’s slaves are not the ones which we hire to clean our house and cook or dinner but are the children which are being forced to work to make our luxuries or the young girls, and indeed boys, being pushed into the sex trade after having their identities stripped from them. According to the UN, more than one million children are being trafficked yearly for means of cheap labor and sexual exploitation. This is truly ghastly occurrence in a developed world which prides itself on the abolishment of slavery.

I do not mean this piece to be entirely critical. I am aware that there are people who are fighting this cause. I am also not suggesting that we all need to become freedom fighters, as I know that I am certainly not doing all in my means to fight this cause. My intentions in writing this piece were to raise awareness to an ongoing problem. While I cannot physically stop slavery myself I can use any resources I have to raise awareness.

I suppose what I want to determine from this post in people is an awareness of this dire situation and provide some food for thought. I didn’t want this post to be analytical and to provide suggestions and solutions but just to provide my thoughts about the issue which arose from watching one “historical”. I hope to expand on this post in the future with more structured thoughts, facts and figures but for now I would simply like to hear your thoughts. 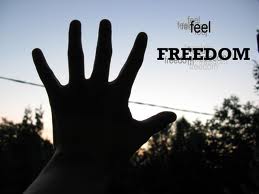